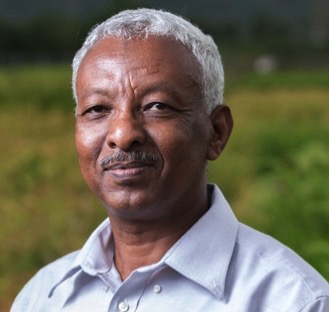 
Principal Scientist with over 25 years of experience in research for development. He joined IRRI in 2000 after 8 years as postgraduate researcher at the University of California. His research focus is on crop improvement to enhance adaptation to less favorable environments and to increase resilience to climate change using modern research tools, especially for areas affected by floods, drought, salt stress, nutrient deficiencies and toxicities and temperature extremes. His research contributed to the understanding of physiological and molecular mechanisms associated with tolerance of several abiotic stresses in crops and for developing stress-tolerant varieties and management systems with demonstrated impacts in Asia and Sub-Saharan Africa. He developed and led several regional projects on breeding, commercialisation and delivery of high-yielding, climate resilient varieties, through building and coordinating large networks of research and development partners. He recently assumed the role of Regional Representative of IRRI in East and South Africa, to develop and lead a strong research and outreach program. He also served in several other leadership roles including Deputy Director General for Research (Interim) and Head, Genetics and Biotechnology Division. Holds a PhD in Botany, University of California, Riverside and published widely. Recipient of several merit and leadership awards and member of several editorial boards and scientific societies. Abdel is committed to global food and nutritional security and poverty and hunger eradication for current and future generations.